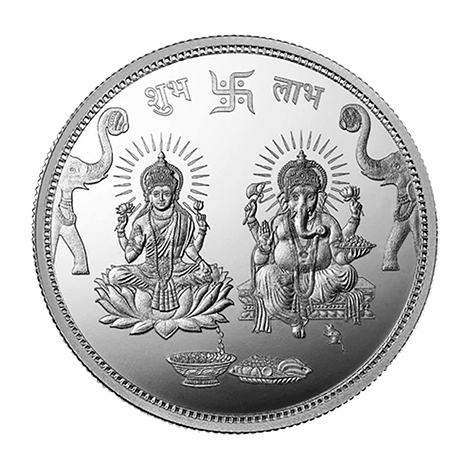 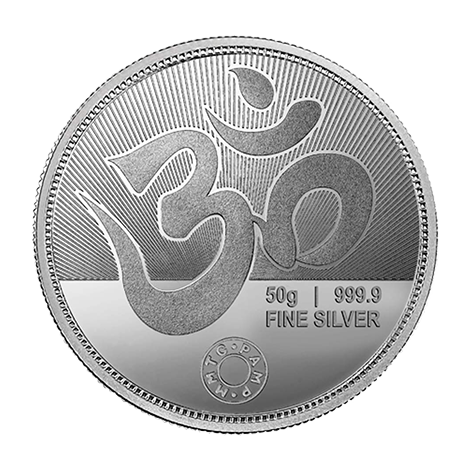 This symbolically rich 50g Ganesh Lakshmi 999.9 purity silver bullion coin is minted with portrayals of Lakshmi and Ganesha on one side. The Swastika refers to ‘conducive to well-being’ and represents the constant rising and setting of the Sun is also minted on the coin. It is an affirmation of the start of life, particularly honoured during observances of Navagraha Pooja. We see two hands hold the Lotus flowers, reflecting beauty, perfection, and rebirth, while another offers silver coins as an affirmation of enduring wealth, and finally, one open palm assures safety and protection. Lord Ganesha bestows blessings of prosperity upon His devotees, but also, represents His power to remove obstacles from the paths of humankind.


MMTC-PAMP is proud of the uniquely symbolic designs minted upon its 999.9 purest gold and silver ingots and coins. Nearly a half-century ago, our co-founder, PAMP Switzerland, was the first precious metals refinery to ever embellish the reverse sides of its ingots with artistic and inspiring designs. Though the highest purity of gold items is commonly known as 24K, the global standard for the highest purities of both gold and silver products is designated as 999.9 fine, and your MMTC-PAMP purchases are guaranteed to consistently meet those purities. 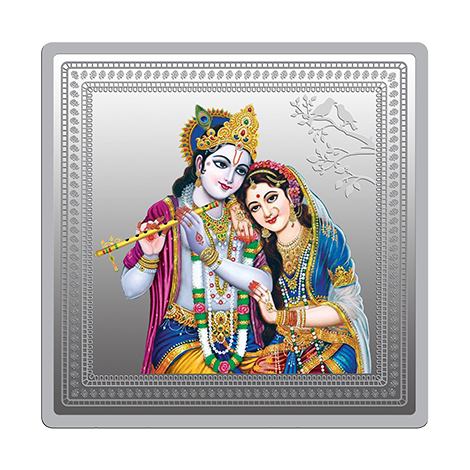 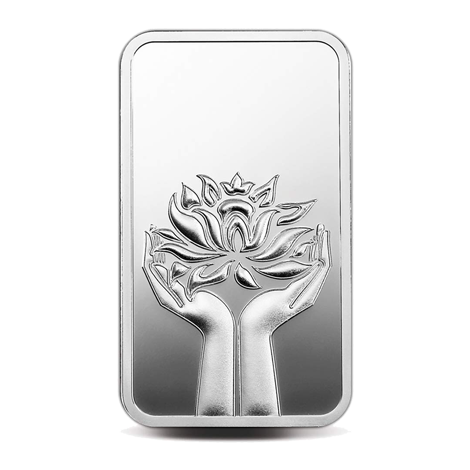 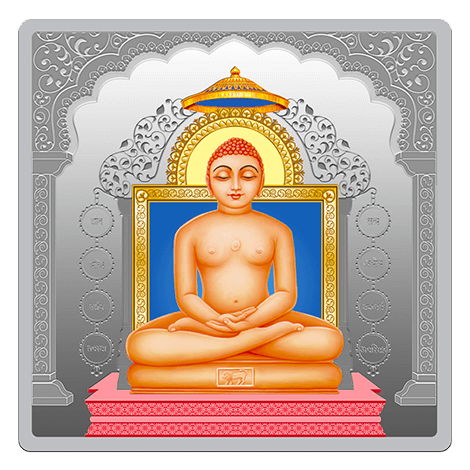 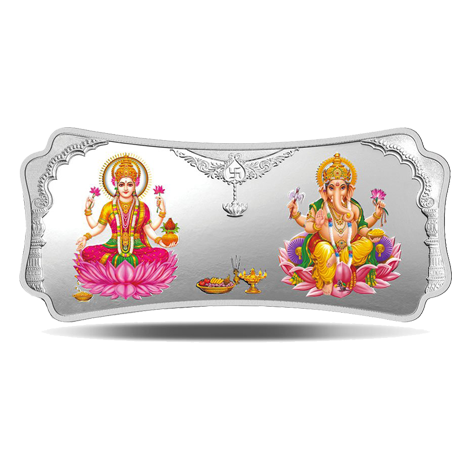 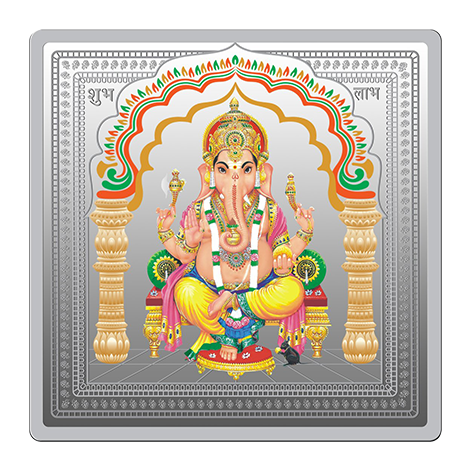 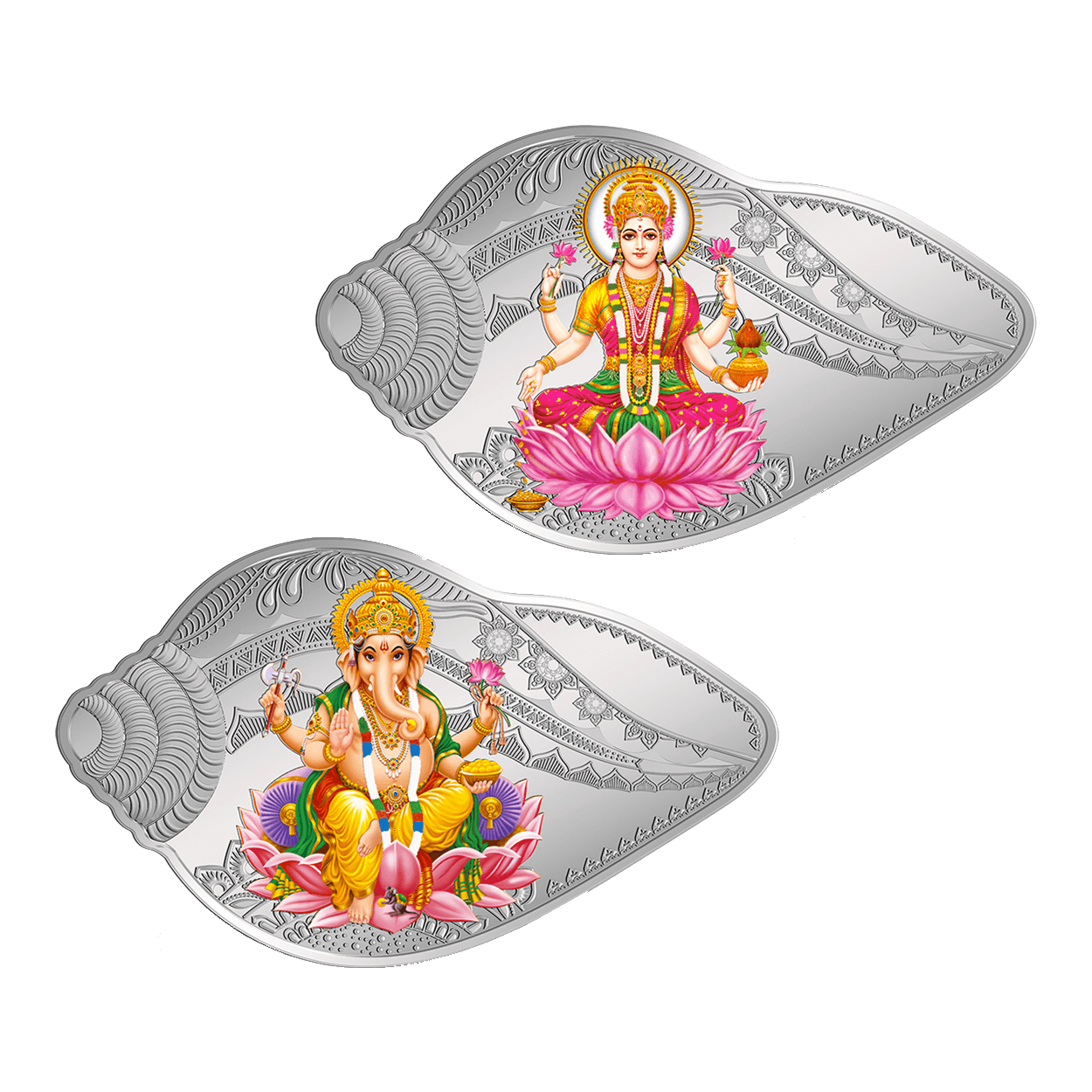 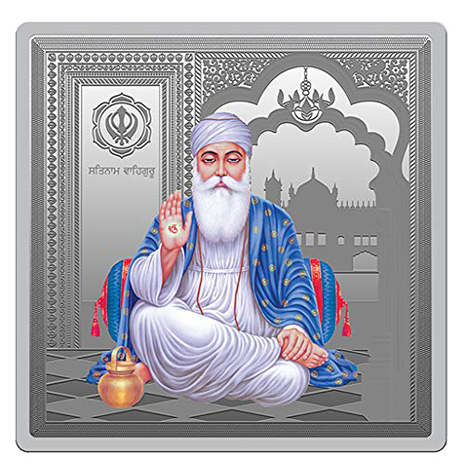